Since Februray 7th, 1991, Our Lord Jesus Christ, Most Holy Mary, Saint Joseph , the Holy Ghost, the Angels and Saints, have been appearing daily in Jacareí, São Paulo, Brazil, at 6:30PM (Brasília time). She introduces Herself as Queen and Messenger of Peace and makes one last call to conversion, through a Young man: Marcos Tadeu, who in the beginning of the Apparitions was only 13 years old. They are the most intense Apparitions in the history of our country, and Most Holy Mary says that they are the last Apparitions for Humanity. The Mother of God asked that would be done every day, at 8 PM, the Holy Hour of Peace, so that families convert themselves and the world has Peace. She promised Her protection to the families who do it every day. Our Lady says that the Apparitions of Jacareí and of Medjugorje (ex-Yugoslavia) are the continuation and the CONCLUSION of Fatima.

HOLY MEDAL OF PEACE
Jacarei, november, 8th, 1993
The Revelation of the Holy Medal of Peace 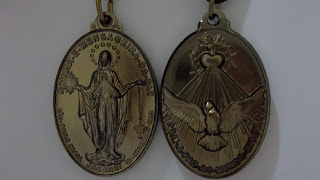 In november, 1993, the young Marcos Tadeu was distinguished with the revelation of the Holy Medal of Peace. The Virgin appeared crushing the head of the infermal serpent, and then took the majestic position that is seeing on the Medal. Appeared then in Her hands a bright Sacred Host, and a Rosary made of light accounts, at left. In Her head a crown with 12 stars. Beneath Her feets formed a cloud, where one could seen 7 dazzling roses. Then appeared in bright letters in arch form on the Apparition the setence: "Queen and Messenger of Peace"
The scene turned and showed a great heart sorrounded by thorns, whence came a great light, and from this light came a bright dove with the following words glittering around Him: "Pray for Peace for the entire world" The Mother of God said to Marcos: "Have to minting a Medal like I'd showed you, and spread it all over the world, this Medal particular Graces Love of My Heart, shall be used by all who wish the Peace. All that wear it with devotion will receive great Graces from My Heart. Will bring Peace where there is war. Your families will be filled with Peace and Love. Satan will be powerless to see this Medal and will flee before those who brought it with devotion. The feelings of hatred, bitterness, and discord will disappear from where is present My Medal. Call it MEDAL OF PEACE. It will be Grace's sign for those who use it with faith and devotion."
The seer Marcos Tadeu obeyed, and ordered to minting, since then The Holy Medal of Peace, extraordinary Grace of the Mother of God, to the whole world. 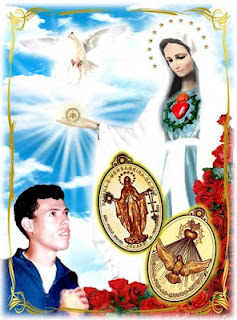 "-My child, my child! It is necessary to sanctify yourself. Sanctity is a difficult path, but... its end is real and glorious." 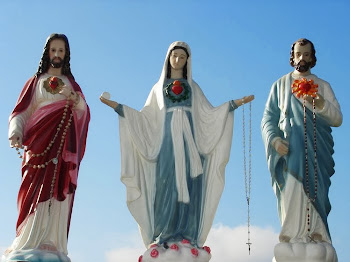 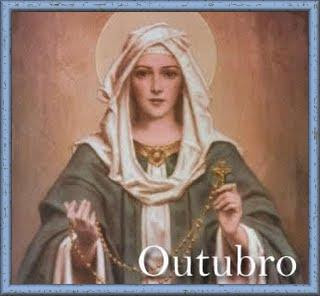 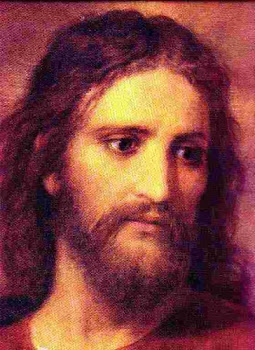 Message of Jesus Christ (February 21th, 2012) ..."LOVE ME, KISS MY FACE LOVINGLY, AS DID MY BELOVED APOSTLE JOHN, AND I THEN, WILL RECLINE YE ON MY CHEST ON MY HEART, AND WILL MAKE YOU FEEL THE BEATS, THE THROBBING OF LOVE OF IT FOR YE, AND FOR ALL MY CHILDREN OF THE WHOLE WORLD..."

FIRST MESSAGE-MESSAGE OF OUR LADY COMMUNICATED TO THE ELECTED SEER MARCOS TADEU TEIXEIRA.

Jacareí: Apparitions which have been happening for more than 21 years

On last February 7th completed 20 years old of the greatest apparitions of Our Lady in Brazil. More than 2.000 messages have been given since 1991. Our Lady, Our Lord Jesus Christ, The Holy Spirit, Saint Joseph, Lots of Saints and Angels have been appearing on these blessed apparitions and they have been giving messages.

The Beauty Lady In Jacarei apparitions, The Blessed Mary, Mother of God, has been appearing as a beauty 20-year-old girl. Her voice looks like a sweet and harmoniously song. She has blue eyes and long dark hair. Normally, she wears a gray dress and on head she wears a white robe which let down up to her feet. On head, she brings a crown with 12 stars. Her feet are on a cloud that doesn't touch the ground.

Our Lord Jesus Christ has been appearing as a 30-year-old men. He has blue eyes and little beard. He wears a white tunic with a gold belt.

Saint Joseph has been appearing as a 30-year-old men. His eyes are green, brown hair and little beard. He wears a beige or white tunic. His feet are on a cloud that doesn't touch the ground. 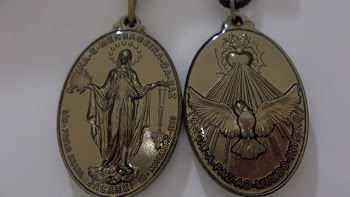 It was reveled on Jacarei Apparitions by Our Lady on November 08th, 1993 . Message of Our Lady " This Medal, Grace of Love peculiar of My Heart, It is to be wear for everybody who wants peace... Everybody that wears it, will receive great grace by my heart ... They will bring peace where there is war ... Their family will be replete of Peace and Love... Satan will be aghast when see this medal and he will flee in the presence of who bring this Medal with Love and Devotion."

Medal of the Loving Heart of Saint Joseph

Medal of Our Lady of Tears

In the Apparitions Shrine of Jacarei-SP, Our Lady promised plenary indulgence every Saturday this year, all those who take the chest with love and pray the Chaplet of Tears every day. A unique grace for our time! Do not be without her, make your request: debora.mug @ gmail.com 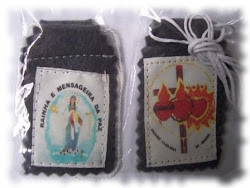 It was reveled on Jacarei Appearances by Our Lady on September 13th, 2003 . She promised to give peace, salvation, mercy to agonizing and great graces to everybody who uses this Escapulary for whole life.

JULY, 17th, 2011 - MESSAGE OF THE LOVING HEART OF SAINT JOSEPH IN JACAREI/SP-BRASIL

REVELATION OF THE MEDAL OF THE LOVING HEART OF SAINT JOSEPH - JACAREI APPARITIONS'S - SP, BRAZIL

THE APPARITIONS OF JACAREI SP BRAZIL 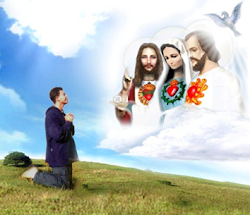 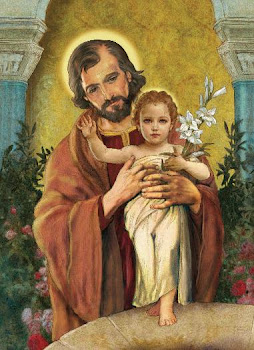 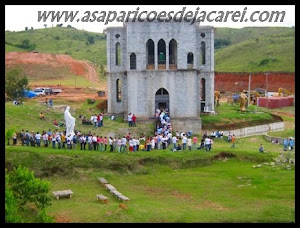 Medal of the Loving Heart of Saint Joseph 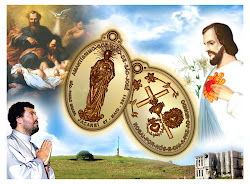 It was reveled on Jacarei Appearances by Saint Joseph on May 07th, 2011. 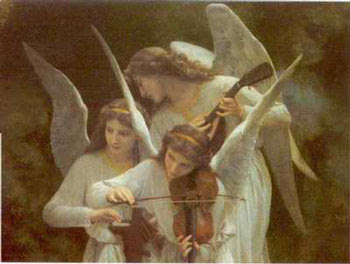 MEDAL OF THE LOVING HEART OF SAINT JOSEPH 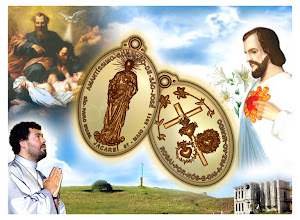